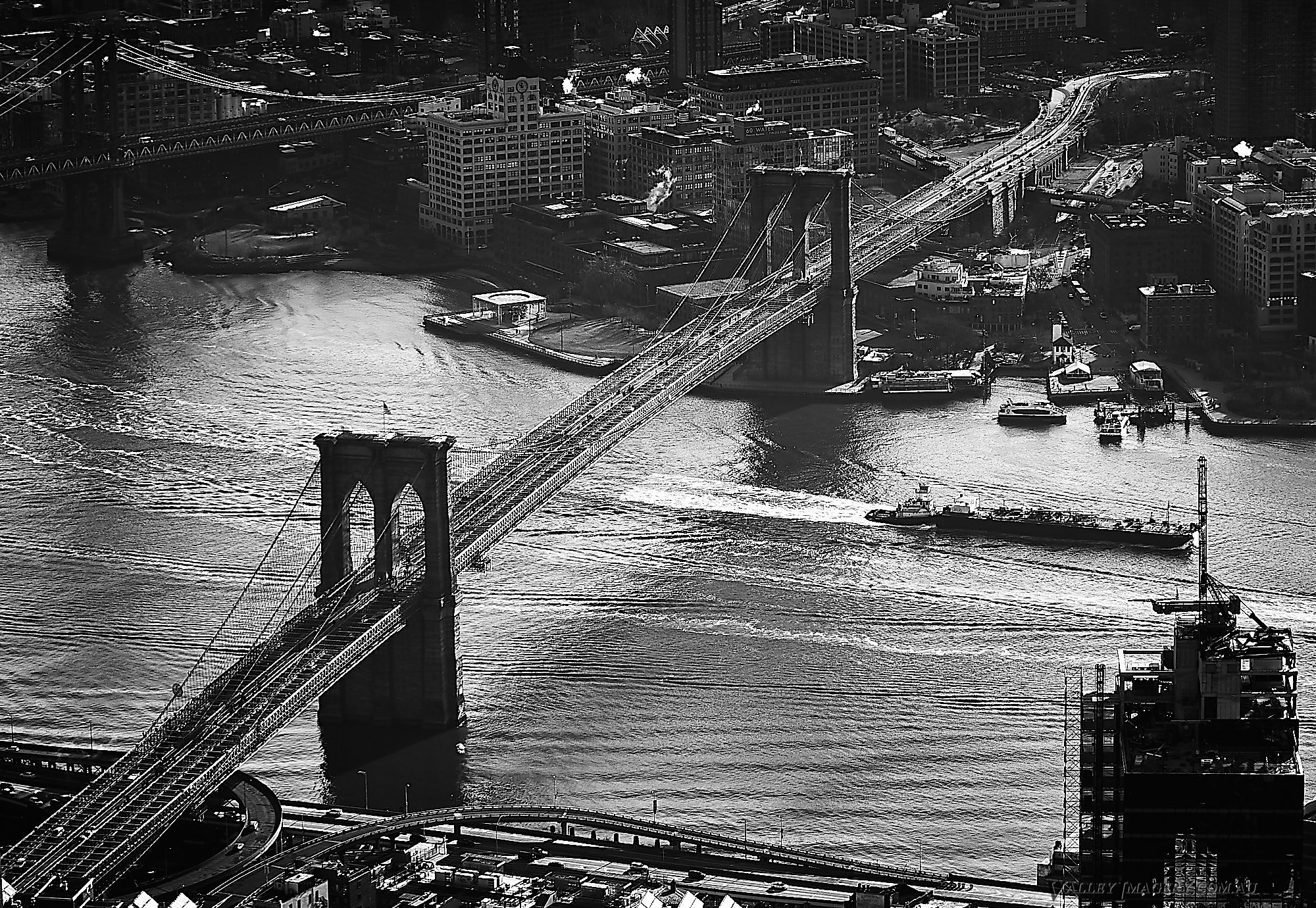 A walk across the iconic Brooklyn Bridge is a highlight of any visit to the big apple. Unsurprisingly, Winter is not a great time for this, being exposed to the elements during the crossing could be interesting. Luckily the weather was good when we made the crossing. We started out on the Manhattan side after catching the subway to the Town Hall metro station. To keep with my usual theme, we planned a sunset experience and departed at about 3.30pm.

Even during Winter there are hundreds of people crossing, everyone from commuters on bicycles and families with prams to Instragram models snapping selfies. Everyone seems to enjoy being on this bridge. Clearly finding a way to shoot photos of an empty bridge requires a different approach. I travel with a long zoom lens so I used this to isolate and capture the interesting parts of the bridge whilst trying avoid having too many humans in the frame.

Walking the bridge is obviously an important experience but the best views are on the Brooklyn side. The DUMBO area and the iconic view of the Empire State Building through the arch of the Manhattan Bridge is another popular Photo destination. As with the bridge itself, walking down Washington St is not a lonely experience, many people seek out this familiar scene, and want a selfie to prove they were there.

From this point we decided to have a meal at one the many restaurants near the area, there are plenty of affordable options here.

After dinner we walked around the iconic Jane's carousel,  its a famous children's ride and a great family experience. For me the chance to photograph the iconic Brooklyn Bridge up close was an even bigger attraction. The adjacent Empire Fulton Ferry park offered a great place to capture the multi shot panorama below.

As I had a specific shot in mind we continued our walk along the Brooklyn foreshore. There are a few places to stop and some restaurants nearby, but its winter and my family wants ice cream.... We stopped and had a small tub of ice cream and I took a few images closeby to the ice cream shop. After this small detour our little party walked further along the foreshore until I found the composition I was looking for.

As usual for a family oriented excursion, it was a little further than I thought and a little later than I planned. The remains of an old pier make a great foreground composition for a classic cityscape image. so I set up the camera and worked away.

Taking stitched panorama's at night is a time consuming exercise though. Each of the 7 image series takes about a minute, after a few different compositions the time can easily stretch out to over half an hour. With a waiting family in mind I took a series of frames and then created the stitched image below when I had access to a computer.

With all the technical aspects involved it's always rewarding to see an image like this come together. The arch of light on the upper RH side is s light trail from a passing helicopter, removing it would be easy but leaving it in seems to make more sense to me.

After this image we discussed the option to return to our hotel on the Manhattan side, Uber and Subway were quickly set aside with everyone agreeing to walk back over the bridge.

So off we went retracing our steps and enjoying the sights and experience again. By this point it was approaching 9.00pm, much of the crowds had disappeared (it was cold) and the opportunity to shoot some long exposure was not going to be missed. There were still people around but it wasn't difficult to find a 30 second window with people out of the frame.

The walk back over the bridge seemed shorter for me but the other travelers had a lot of standing around whilst I set about trying to capture the experience. Once over the bridge we took the short subway ride back to the hotel and had a good hot cup of tea to warm up and relax before resting for the night.